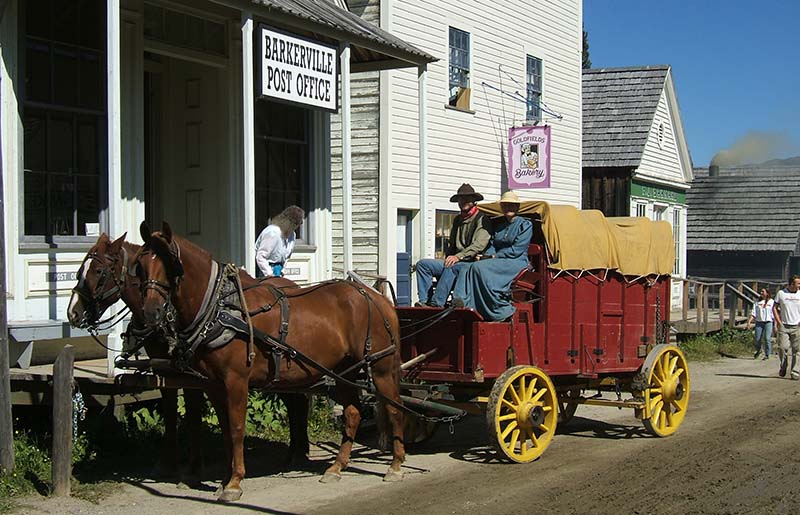 The glow from hundreds of candle-lit paper lanterns provided the only light as we paraded up the dirt street into Canada’s oldest Chinatown. I was marching in the ninth annual Mid-Autumn Festival in the historic town of Barkerville, British Columbia. 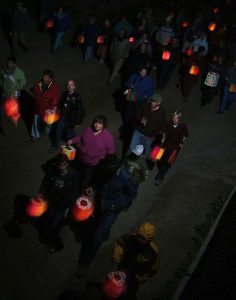 One of the most important holidays of the Chinese year, the Mid-Autumn Festival traditionally celebrates the harvest on the night of the brightest full moon. In Barkerville, a little poetic license is applied, and the festival is held on a Saturday evening in mid-August, during the peak of the tourist season.

The parade made its way to the wooden steps in front of the Lung Duck Tong Restaurant. Then, to the music of drums and a wooden flute, a troupe of Barkerville street performers re-enacted the legend of Chang-o, a story about the creation of the sun and moon. I was glad to have dressed warmly, because, even in August, temperatures in BC’s Cariboo region can drop quickly after sundown.

At the end of the performance, no sooner had the applause faded when explosions of fireworks burst into the sky high above the rooftops. For a moment I was reminded of the great fire of 1868 that almost completely destroyed Barkerville. Of course, the largest city west of Chicago and north of San Francisco rose from its ashes. Six weeks after the fire, more than 90 buildings had been rebuilt, including the Chee Kung Tong, a hostel and meeting hall for the Chinese Freemasons. Today it is recognized as the oldest Chinese building in Canada and one of the oldest of the 125 heritage structures still standing in Barkerville. 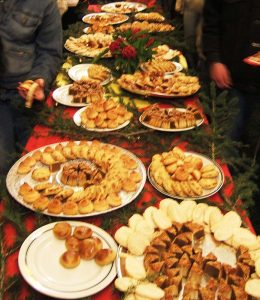 Alongside the Chee Kung Tong, a large, white tent had been set up, and everyone was invited inside to sample Chinese mooncakes, tasty almond cookies and other traditional pastries, all complements of the Barkerville Heritage Trust.

Almost from the historic day in 1862 when Billy Barker staked his claim on Williams Creek, the Chinese were an important part of the Cariboo mining community. In the 1880s, when Barkerville’s population numbered 10,000, fully 50% of the residents were Chinese. Even more remarkably, almost all of these miners came from the Pearl River delta area in Guangdong Province, in the southwest of China.

The Ch’ing dynasty was a tumultuous time, with people in southern China fighting to overthrow the rulers from Manchuria they saw as foreign oppressors. In addition, the Opium wars, from 1840 to 1860, led to a new emigration policy that allowed Chinese men to seek their fortune in North America, the land they called Gum Sahn, which translates as “Gold Mountain.” 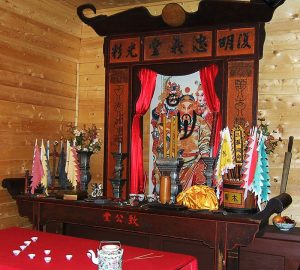 It was a hard life moiling for gold in the Cariboo in the late 19th and early 20th centuries, but it was doubly difficult for the Chinese miners, who had extra obstacles to overcome. Articles in the local newspaper, the Cariboo Sentinel, typically supported the racist attitudes of the day, using epithets such as “celestials” and generally painting an unpleasant picture of the Chinese. Europeans were warned against going into Barkerville’s Chinatown, where “bad things happened.” Chinese miners were only paid half the standard wage rate, making it difficult to accumulate any savings to send to their families back home. The situation deteriorated even further in 1885 when the Canadian government levied a Head Tax of $50 on each Chinese immigrant. The Head Tax was later raised to $100 and eventually to $500. Finally, in 1923, it was replaced by the Exclusion Act which completely banned all immigration from China to Canada. It was not until June, 2006 that Prime Minister Harper offered a full apology to Chinese Canadians for the Head Tax and the subsequent exclusion of immigrants.

In August, 2006, an official delegation from China, four officers from the Guangdong Overseas Chinese Affairs office (GOCA), visited Barkerville in order to learn about the history of their ancestors who came to the Cariboo region. It is hoped this visit will lead to a closer relationship between Barkerville Historic Town and the Chinese province where many thousands of pioneer miners were born. 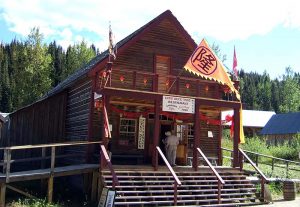 In addition to the annual Mid-Autumn Festival, Barkerville honours its Chinese heritage twice each day with interpretive tours of Chinatown. The Lung Duck Tong restaurant serves authentic Chinese meals and Dim Sum snacks. Across the street, the Kwong Sang Wing Chinese Store sells a colourful array of silk clothing, medicinal herbs and souvenirs, all imported from China. Finally, the Lee Chong Co. Store contains a Chinese Museum with artifacts and displays that give visitors a deeper appreciation of the significant contributions made to early life in British Columbia by Chinese pioneers.

Barkerville’s next Mid-Autumn Festival is scheduled for Saturday, August 17, 2019.

Barkerville is located 800 km from Vancouver. By car, drive north on Highway 97 and then east from Quesnel. Both Central Mountain Air (www.flycma.com) and Greyhound (www.greyhound.ca) provide daily service from Vancouver to Quesnel. Rental cars are available in Quesnel for transportation to Barkerville.

Bed & Breakfast accommodation in Barkerville Historic Town is available at the St. George Hotel (www.stgeorgehotel.bc.ca), the King House and the Kelly House (www.kellyhouse.ca).

This article was originally published May 8, 2007. I visited Wells and Barkerville in a group press tour sponsored by the Cariboo Chilcotin Coast Tourism Association. https://www.landwithoutlimits.com/