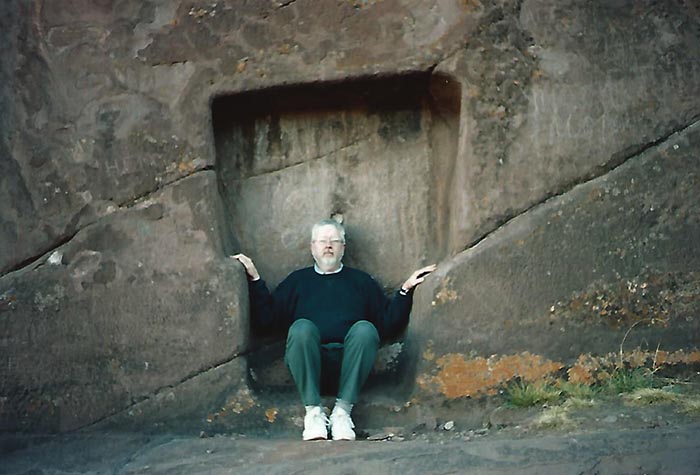 When people find out I’m a travel writer who focuses on pilgrimages to places of power, they frequently ask me, “What are the most powerful places on Earth?” Because there are more than 1,000 major power centers around the planet, it’s hard to find anyone truly qualified to answer that question, but I have talked with someone who I believe has inside information. Antón Ponce de León Paiva is a fascinating man whose encounters with ETs and UFOs were referenced by Shirley MacLaine in her book Out on a Limb

. About 35 years ago, Antón was taken blindfolded to a hidden village in the Andes, where elders taught him ancient secrets of the Incas about life on Earth and elsewhere. I met Antón in Cusco, Peru, where he was speaking to a small group of people. He told us that great changes were going to be happening around the world, when the energy vortexes at Lake Titicaca, Mount Kailash and Glastonbury would become even more powerful.

Lake Titicaca, on the borders of Peru and Bolivia, is where Inca legends say life on Earth was first created by Viracocha. In the center of the lake is the Island of the Sun, with an ancient, sacred temple. Nearby is Sillustani, where mysterious burial towers called chulpas were once plated with gold and held the remains of Inca royalty. 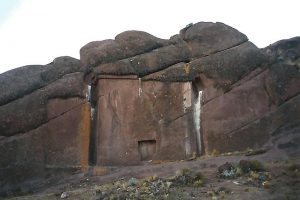 A few miles away is Aramu Muru’s Portal, a doorway-shaped niche in a stone outcropping, located in a region known as the Valley of the Spirits. The local villagers who walked with us refused to come close to the portal. They tell stories about people disappearing through the solid rock. Although I didn’t have an other-worldly experience there, one of the women in my group experienced a shift in consciousness as she was kneeling in the portal. She says she saw a light filling her inner vision and then felt herself “entering and experiencing the realms of total Unconditional Love.” She heard a voice telling her about a past life experience, and that her life’s work was to help others open the doorway of their hearts, which is the pathway to God. She was utterly overwhelmed by her vision.

Mount Kailash is the oldest pilgrimage site on Earth. In the Himalayas of Tibet, it is near the source of the sacred Ganges river, and it has been a holy travel destination for a mind-boggling 15,000 years. The peak is pyramid shaped, with four sides facing north, south, east and west, so some people believe the pyramids of Egypt were designed to emulate Mount Kailash. In the Hindu religion this is where the god Shiva sits and meditates. Buddhists say walking the 32-mile circuit around the mountain, a three-day trek called a kora, washes away the sins of one lifetime. Make the arduous circumambulation 108 times and you will reach Nirvana! 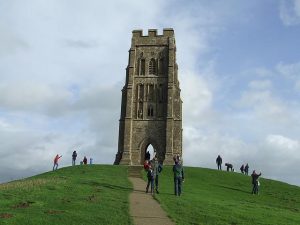 Glastonbury, in Southwest England’s county of Somerset, was once known as the Isle of Avalon. The place has been sacred long before the dawn of recorded history. Ancient Celtic religious leaders performed rituals here, and legends tell of tunnels leading into the realm of the elves and fairies. Glastonbury is associated with Jesus, King Arthur and UFOs.

Dominating the skyline is St. Michael’s Tower on Glastonbury Hill, where there have been several reports of mysterious lights. A local policeman saw “eight egg-shaped objects … hovering in formation over the hill,” and another observer reported “several green and mauve lights hovering around the tower.” Martin Gray, a renowned expert on sacred places, says he slept in the tower one night, during which he saw “the interior of the tower radiantly aglow with a luminous white light.”

A Christian legend says that, as a child, Jesus visited Glastonbury with his uncle, Joseph of Arimathea. It is also said that Joseph returned with the Apostle Philip in 37 c.e. Joseph supposedly leaned on his walking stick, which took root and grew into a thorn tree that bloomed every Christmas until Puritans chopped it down in the 17th century. Joseph and Philip are credited with building the first Christian church in England, on the site where Glastonbury abbey was later constructed. 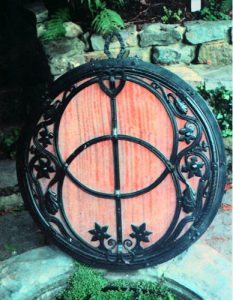 In Chalice Well, Joseph is said to have hidden the chalice of the Last Supper, the Holy Grail. Miraculous cures have been credited to the well’s healing waters. The design motif on the well cover is the vesica piscis, an ancient pre-Christian symbol which evolved into the Christian fish. It represents the blending of masculine and feminine, the yin and yang, and the meeting-place of the conscious and unconscious.

Whether or not Glastonbury, Mount Kailas and Lake Titicaca do indeed grow more powerful over the coming years, these sacred places are at the top of my “most recommended” list for anyone interested in spiritual travel. 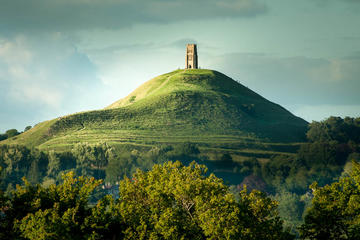 Glastonbury And The King Arthur Trail – Private Tour From London

This article was originally published in August, 2000

As an Amazon Associate I earn from qualifying purchases.