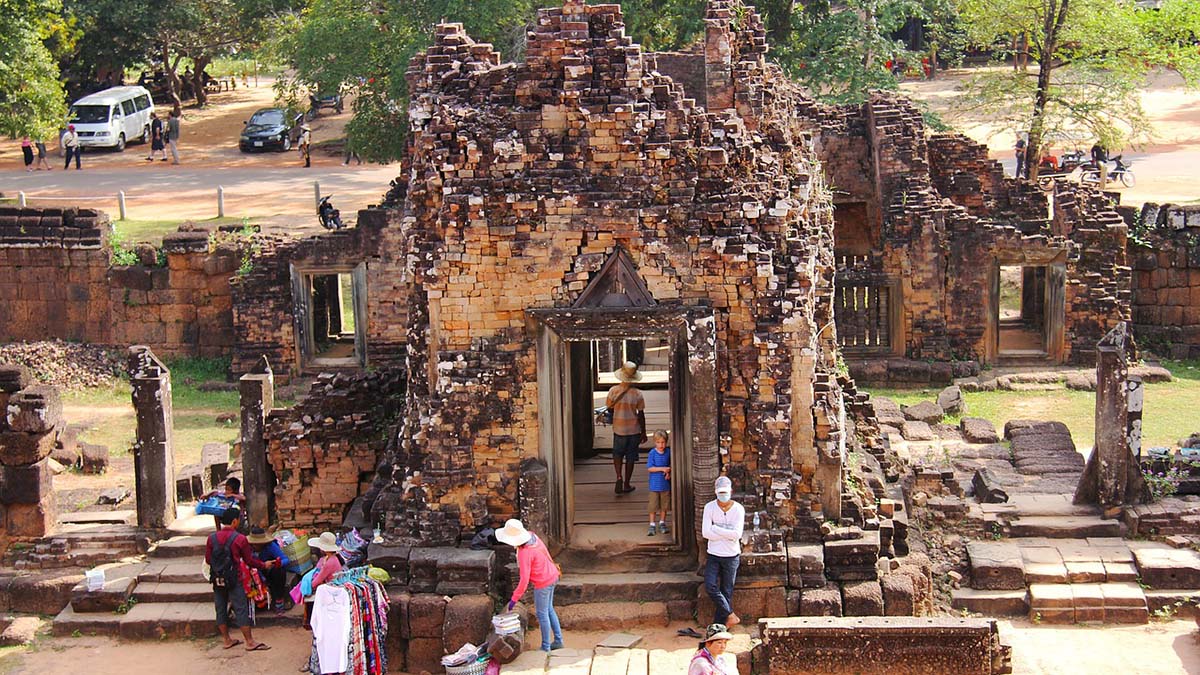 A pilgrimage, for me, is what differentiates a tourist from a traveler. While a tourist is happy simply to get away, take pictures, buy t-shirts, and indulge in sun, surf and suds, the traveler goes to specific places for a deeper, more significant experience. Although pilgrimages may be spiritual experiences, they all don’t have to be “churchy.” For a person whose passion is reading Emily Bronte novels, visiting the Yorkshire moors that inspired “Wuthering Heights” can be a holy pilgrimage. I once did a “Tess of the D’Urbervilles” pilgrimage in Dorset, visiting the actual locations where Thomas Hardy located the life and death of his tragic fictional heroine.

It is believed that the first Christian pilgrim was the mother of the Roman Emperor, Constantine. Her name was Helena, and in the year 326 she went to the Holy Land in search out places in Jerusalem where events significant in the life of Jesus were thought to have happened. She wasn’t always correct.

Perhaps the best publicized pilgrimage was the one Geoffrey Chaucer made to Canterbury Cathedral and the shrine of Saint Thomas the Martyr, which motivated him to write his Canterbury Tales. During the Middle Ages, pilgrims made long, difficult journeys to shrines devoted to various saints, doing penance or hoping for cures.

Long before the advent of Christianity, however, people were making sacred journeys to holy places. The oldest known pilgrimage destination is Mount Kailash in the Himalayas. It takes three days to walk the 32-mile circumambulation around the mountain, and the altitude of the trail reaches as high as 18,000 feet. According to Buddhist tradition, to do the ritual will wipe out the sins of a lifetime, and anyone who makes the trek 108 times may reach Nirvana.

I have visited approximately 30 sacred sites and places of power in Europe, Asia, the Middle East, Africa, North and South America, Australia, and the Pacific islands, and as the editor of Power Trips magazine I researched hundreds more. What fascinates me is the idea there may be a common denominator. I suspect that what ancient stone circles, jungle-covered pyramids, holy wells, sacred groves, Gothic cathedrals and Druidic dolmens may share is a force — an energy that science has yet to acknowledge.

When Pliny the Elder declared that Delphi, on Mount Parnassus, was where an important Earth Goddess shrine should be built, it was because he said it was abundant in the life-force energy called plenum. Other ancient cultures speak of a life energy by other names. In Chinese it is chi, Hindus call it prana, and the Sufis named it baraka. Is it possible that concentrations of this energy may infuse the water in some wells with the power to heal? Could it be there was so much of this energy at Salisbury Plain that Neolithic Britons were inspired to erect Stonehenge there?

One of the most-visited pilgrimage sites in the United States is the chapel El Santuario de Chemayó near Santa Fe, New Mexico. Thousands flock there to celebrate Good Friday, its visitors number in the hundreds of thousands each year. If you look in the Room of Miracles, “El Pozito,” you will see a large collection of canes, braces and crutches left behind by grateful visitors whose disabilities were seemingly cured by the healing power of the earth at the location known as the “Lourdes of America.”

Among the most-read books in my personal library is Art of Pilgrimage: The Seeker’s Guide to Making Travel Sacred

, by Phil Cousineau. I highly recommend it before going on any spiritual travels, as it offers numerous suggestions for how to get the most out of any trip – whether it’s to Machu Picchu or your local park.

Whether you are going on a pilgrimage tour of Cappadocia, visiting the shrine of Elvis at Graceland, the Bodhi tree under which the Buddha gained enlightenment, or the church of Santa Maria delle Grazie to experience Leonardo’s Last Supper, you are embarking on a potentially life-changing journey. Ultimately, the goal of such a journey is self-discovery. In the end, then, all spiritual paths take the pilgrim to the same destination. T.S. Eliot said it far better than I ever will when he wrote:

And the end of all our exploring
Will be to arrive where we started
And know the place for the first time.